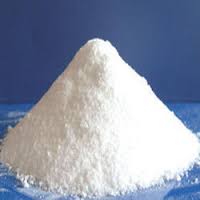 Copper cyanide is an inorganic compound made of a chemical formula CuCN. This chemical composite color ranges from pure white to cream color, and it is sometimes green in color. Copper cyanide is insoluble in water. When heated to decomposition, it emits very toxic fumes containing hydrogen cyanide, but it is not flammable itself It is applied as catalyst, in electroplating copper, and also as reagent in the preparation of nitriles. It is also used as insecticide, fungicide, and biocide in marine paints.

The physical and chemical property of Copper Cyanide is that it has a melting point of 474 °C or 885 °F temperature. Copper cyanide is a coordination polymer. It is insoluble in ethanol, cold dilute acids and soluble in NH4OH (Ammonium Hydroxide), KCN (Potassium cyanide). It is quite bitter in taste. The alternative names for Copper Cyanide are Copper(+1) cyanide, Copper(1+) cyanide, Copper(I) cyanide, Cuprous Cyanide, cupricin, Cyanocopper(I). The copper cyanide can be used for the conversion of aryl halides to nitriles, also used as a catalyst in polymerization, used as an antifouling agent in marine paints, also used in copper plating of metals like nickel, chromium, zinc alloys, steel etc. and also the several metallic alloys. Such copper plating imparts brightness, smoothness, hardness, and strength to the metals.

We at Shree Ganesh Chemicals, deliver a range of supreme quality Copper Cyanide, developed with the optimum grade raw ingredients and cutting-edge technology. We are known for catering to the demands of many sectors such as Pharmaceutical, Chemical, and Research & Development Centers by providing copper cyanide at inexpensive rates.